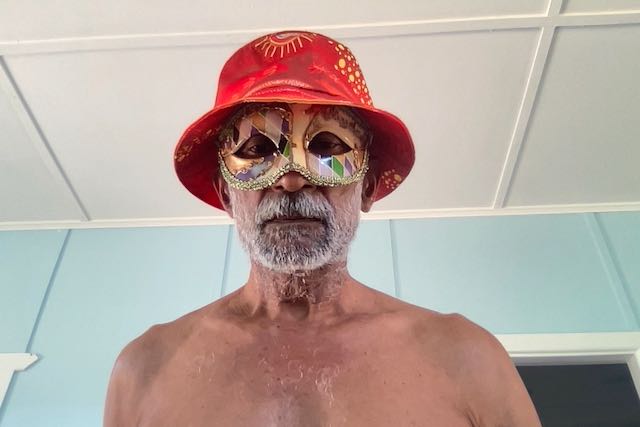 This v-short story was written for a competition that gave 48-hrs to write 500-words, with several words that had to be used within the tale; I have added a few bits since 🙂

“I don’t believe it!” SW Enoch cried out. “Well, he’s a shifty little Andromedan, no doubt!” the fleet’s Ambassador shared with his Admiral.

“I’d go as far as to say he’s a rare genius,” Ambass-Painter murmured to himself, very quietly; SW Enoch was ready to kill someone and it wouldn’t be the first time it was one of his own, he mused, while nodding astounded agreement with the Admiral.

For Ambass-Painter however, the real question was: how? How in Quetzalcoatl’s everlasting name – did Toastmier get through U-space before them? They’d used Wave-Space-time; The fastest travel known to the entire Universe! he thought, keeping an eye or two on the angry Admiral. Admiral SW Enoch was livid.

He obviously wasn’t thinking straight – his beef with Toastmier was infamous, long-standing, and had been extremely violent the few times they’d come together – but no-one was brave enough to speak, or even gargle in any of his native tongues.

His seventeen large, weaponised tentacles waved violently around the Command deck and two of the crew were cut in half, with several others injured and quickly taken away by the medical bots; Bots, that strangely, seemed to be chatting among themselves regarding the deaths. A tad too much A-I in those fellows, Ambass Painter mused as the Bots threw weird sounds toward Admiral Enoch. To the Admiral, those unfortunate enough to get in his way were merely tentacle-fodder. He was more interested in what his arch-enemy was up to down on PB.

“How did he beat us here? What is he up to down there!? Somebody tell me something!” he screamed, which burst the eardrums of those who had them, and were close enough to affected. A lone shaking voice answered his screaming query.

“We uh… don’t know how he beat us here, Sir! It’s quite miraculous! We don’t know what he’s here for… We can however, watch and perhaps learn more… if we are patient,” it said bravely.

“That’s all good and well, but whatever he’s up to, it bodes danger to our own ambitions!” the Admiral said quietly. He thought for a moment – as still as a dead planet and then, suddenly came to life. Tentacles swung around him in elation, injuring several of the crew, smashing yet another med-bot to pulp, and killing the Star-chart Manager in the process.

But Admiral Enoch was on a roll. He didn’t notice the rest of the med-bots strange chatter as they cleaned up the his mess, or how the staff under him were revolted. His great epiphany was – as usual – to use shocking violence against any that stood against him.

“Well, let’s see?” he said mockingly at one and all of his crew. “We could just wait and see what happens… Yes, but I’m not a patient Admiral, so that’s out,” he said with a giggle that wobbled all his arms together. “We could also send someone down and ask him,” he said, snorting with laughter at the joke that no-one else got. “I myself think, more ah… Urgent measures are called for; And besides, it’s only a little planet with just a few million soft-shelled creatures running around like those Silly-bugs from that planet in the Diomedea Galaxy,” he said and grinned, showing rows upon rows of sharp teeth.

Enoch laughed out loud and abruptly spun to the weapon’s Master. “Kill the son-of-a-bitch! Fire a Gravity missile at him!” SW Enoch screamed, causing mayhem among the crew, as they watched the screen showing Toastmier pretending to be a human on the 3rd planet from this system’s Sun…

Onscreen, the rebel Warlord from the Andromeda galaxy was sitting casually at something called a Café, while holding Court with several soft-fleshed, bi-ped creatures from the blue planet: female mammals obviously. Two uniform-size breasts high on their chest for babies-milk said so. Toastmier’s almost-perfect human-like form seemed to be generating a lot of laughter among the female humans.

“He’s… that mongrel bloody scientist is going to try mating with one of the bi-peds! Look at him! I’ll bet he’s using their own pheromones against them!” he mumbled to himself, glancing toward Admiral Enoch, whose entire body seemed to be swelling to gargantuan proportions. The med-bots standing against the walls seemed to be giggling among themselves at the sight of the Admiral’s body swelling so unnaturally.

“If somebody doesn’t fire a Grav-Miss within ten-epochs, I will personally kill everyone here!” Enoch screamed. His flailing tentacles took out several more crew-members and two med-bots.

“But um? Sir Supreme Commander Admiral Warlord,” a nervous voce responded, “that would change the gravity of the entire planet!” The newest crew-member said, half an epoch before he was sliced into wafer-thin slices. The med-bots actually sighed and began cleaning up yet another mess…

“He’s gone! He ‘Shifted’! I can’t even do that!” Ambass-Painter said out loud, having kept three eyes on the screen. Toastmier was gone! So were the females.

Behind them in the control room, there was a flash of light and a sound like rolling thunder. Ambass-Painter thought that someone had really fired a gravity-missile, but instead, it was the rebel Warlord, Toastmier. He had somehow materialised – within their ship.

Admiral SW Enoch turned, saw the rebel Toastmier, with several female bipeds standing in his ship; In his own control-room. At first, each and every-one of his eyes grew wide. Green and blue liquid began pouring from his mouth and nasal cavities. His tentacles swelled to unbelievable proportions. He turned a brilliant shade of red and abruptly exploded into stinking, fleshy fragments that dripped over the control-room and the stunned crew. There was a gargle-like cheer from the med-bots, before Toastmier spoke.

“Oh dear!” he said, as the cleaning-bots began to vacuum up the pieces of the former Warlord, while singing some Bot-song – a very happy song. They stopped moving and singing as one, as Toastmier continued.

“I knew his idiot Lordship would think I was trying to mate with the bi-peds. I was not!” he stressed. “I was looking for the most intelligent life-form around the universe to solve an issue back home and, I found them. These darling females are coming home with me to help solve the violent and wasteful gender-war on my home-planet,” he said, looking around and grinning cheerfully at the assembled wide-eyed crew…